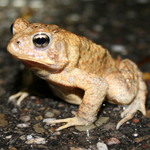 American Toads (Anaxyrus americanus) are by far one of the most popular of the auras. They can be commonly found frequenting gardens, woodland trails, parks and is easy to find after a spring rain. Commonly called hopper toads, they tend to get around using short hops when moving about, but they also crawl when they are sizing up prey. Their color patterns very widely dependent on their habitat, temperature or level of activity. The American to ad can be identified by the grouping of warts on it's back being limited to 1 or 2 warts within a dark spot. The cranial crests do not touch or nearly contact the parotoid glands. The parotoid glands produce a milky white toxin that can irritate the eyes, but it can be fatal to dogs or small animals.
Vocalizations: For such a loathsome looking creature, their eyes resemble jewels and their call is one of the most melodic and soothing sounds found in nature. The call is a beautiful trill lasting 10 to 15 seconds with each animal sounding in a slightly different pitch. The breeding season last 2 to 3 weeks, but they can be heard vocalizing into June or later if conditions are right. 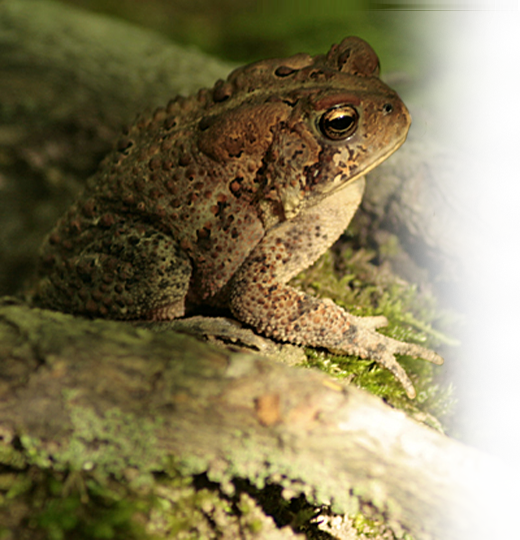